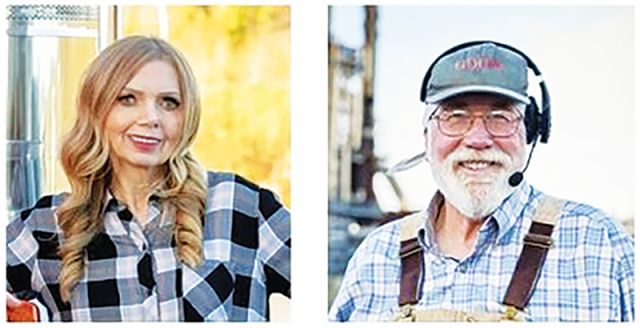 TravelCenters of America has announced its annual Citizen Driver Award winners: Susie De Ridder of Fredericton, New Brunswick, Canada and Douglas Ralph Smith of Bountiful, Utah. Chosen from nearly 200 nominations, the professional drivers have a combined 95 years of hauling freight across the nation, with over eight million accident-free miles.

“Each year, our Citizen Driver Program honors those who go above and beyond to serve others. Their commitment to delivering our nation’s goods, no matter the circumstances, is critical for our country’s economy,” said Barry Richards, President of TA. “We are committed to continuing to share these drivers’ stories and demonstrate why they deserve respect and recognition year-round.”

As a Citizen Driver Award recipient, drivers may choose a TA, Petro or TA Express location to be dedicated in their honor. To celebrate their career and contributions, a bronze historical marker with the driver’s image and story is installed on the front of the building, and a dedication ceremony is held with dozens of their closest family and friends. By dedicating a location in their name and displaying their accomplishments at the site, TA allows the drivers’ stories to be heard by all travelers that pass through.

Susie De Ridder has chosen the TA in Barstow, California to be dedicated in her name and is giving her $2,500 donation to Truckers Final Mile. Doug Smith has chosen the TA in Tooele, Utah to be dedicated in his name. He will split his $2,500 donation among the following three charities: The St. Christopher Truckers Relief Fund, Tunnel to Towers and Truckers Final Mile.

TA launched the Citizen Driver program in 2013 with the intention of recognizing the professional drivers who keep America moving. Winners are chosen based on their background and involvement in initiatives including community involvement, safety, health and wellness and leadership.

The 2023 Citizen Driver Award nominations are now being accepted.