The States With The Worst, Best & Most Fatal Roads For Drivers 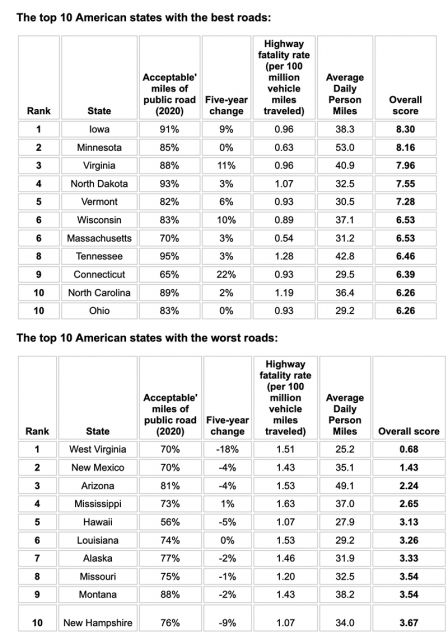 Zutobi has updated their 2021 ranking, to bring you the American states with the best and worst roads in 2022: https://zutobi.com/us/driver-guides/worst-and-best-roads-us-and-international-ranking

So, where are the best and worst roads in America?

* America’s best roads are in Minnesota, Iowa and North Dakota.

According to the research:

* America’s best roads are in Iowa, where 91% of all roads in the state were in a good condition and there are less than 1 highway fatalities per 100 million vehicle miles travelled.

* Up till 2021, more roads were acceptable in Minnesota than there was in Iowa, but since 2015 the tables have turned and Minnesota now has 6% less of their roads reaching acceptable standards, pushing it down to second place this year.