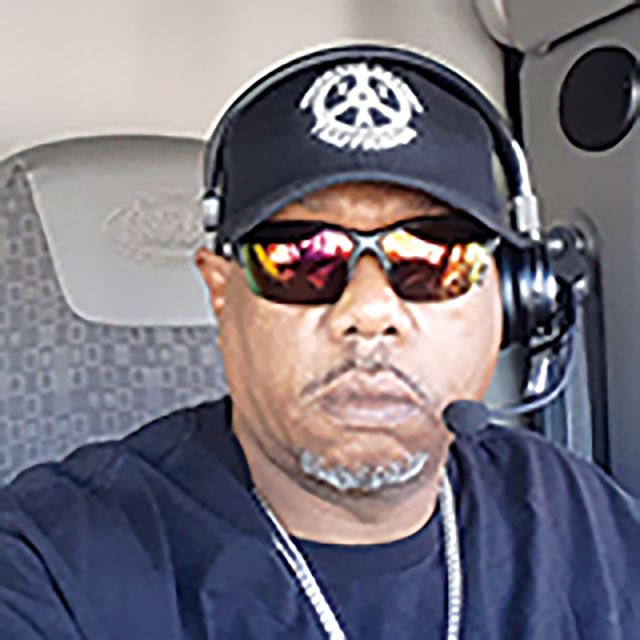 The Truckload Carriers Association has named Kirk Shepherd, from Raleigh, North Carolina a Highway Angel for helping an erratic driver who crashed into a highway median.

Shepherd was traveling on I-76, near Knightstown, Indiana on the afternoon of June 3, when he witnessed a car driving erratically. He watched as the car swerved back and forth across the road. This went on for three or four miles. “What’s up with this dude?” Shepherd thought. He called 911. “I was afraid he would cause a wreck and kill someone. I told the dispatcher there was a dude eastbound on I-76 and reported the mile marker.” Other drivers were trying to avoid the erratic driver. “Then he sped up like a bullet out of a gun, leaving a cloud of dust along the median,” recalled Shepherd. He could only watch as the driver hit the guidewires along the median. “He tore four posts out of the ground and that stopped him. His front bumper came off and the hood was crumpled. I stopped on the right shoulder, right across from where he wrecked.” Traffic slowed enough for him to run across the highway. “Two other westbound guys stopped as well,” said Shepherd. He checked on the driver. “Because of the impact, I think he was in shock. I tried to get him out of the vehicle, but he wouldn’t take his left hand off the steering wheel. Flames and smoke started coming out of the side of the hood.” Shepherd ran back to his truck to grab a fire extinguisher as the other two men pulled the driver to safety and sat him on the ground away from the vehicle. “When the patrol officers arrived, they took his vitals and checked his pupils,” he added. “He was high on something. A deputy hit him with Narcan and that brought him back.”

Looking back, Shepherd believes God was there that day. “It would have been just a short time before that driver collided with someone. Those guidewires stopped him from crossing to the other side.”
For his willingness to assist a fellow driver, TCA has presented Shepherd with a certificate, patch, lapel pin, and truck decals. His employer has also received a certificate acknowledging their driver as a Highway Angel.