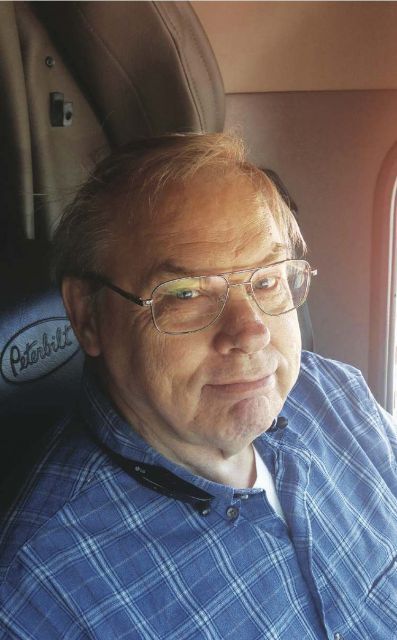 You ain’t gonna believe this, but the company I work for has only three rules:

This works well in computer models, training videos, and safety bulletins, but in real life, maybe not so much. I don’t blame the Safety Department, because they operate in Chicago, where no one has seen a left lane for years. That’s okay. I haven’t seen the Windy City for years, so we’re even.

Approaching Kansas City from the north a few weeks ago, there was a line of vehicles in the right lane driving below the speed limit. But wait. Don’t get ahead of me. My truck won’t even climb to the speed limit, but I was still going faster than the traffic on my right.

Just as I was came alongside the last car in line, I glanced in the mirrors and saw a BMW racing up behind me doing at least a hundred. It was obvious to me that he had nowhere to go, and equally apparent that he was about to find out the hard way. Sure enough, he proved Beemers have the best brakes German Euros can buy.

For about two miles, or an hour on his wristwatch, he trailed behind me till there was room to pass. When there was, he rocketed past me with his middle finger high above the moonroof, triumphantly declaring his ownership of the freeway. It’s important for man and beast, after all, to mark one’s territory.

Unknown to either of us, however, he sent the same signal to a Missouri State Trooper parked in the median, who thought the message was just for him. And you know me. I refrained from excess celebration till the Kansas state line stayed in my windshield, and a smoking BMW was in my mirror, stopped in front of the fastest police cruiser American dollars can buy.

Every day we see people driving in ways that would scare their mama to death, and every trip there are new skid marks on the pavement. Every trip I see drivers with feet on the dashboard, phones in their lap, and passengers not buckled up. And that’s just the truck drivers!

Car drivers are even worse. With automatic braking, remote control parking, and Lane Departure warning, people are convinced they can talk, eat, drink, and watch videos without serious consequence. They’re so consumed by Bluetooth gadgets and hands-free technology; they don’t know which finger to use in the passing lane. And I know, Karen, there’s no nice way to tell them.

But let me share something with you. I’ve had a few coming-to-Jesus moments myself, in recent years, and it’s as funny as it can be serious. Like the time I poured hot coffee in my lap, but luckily it missed the phone! Or the time I spilled mayo on the steering wheel, lodged a water bottle under the brake pedal, and tossed a cigarette out the window in front of a provincial police officer.

I’m tempted as anyone to dial the phone, unwrap a sandwich, or cue up a podcast, and in every single case my wheels went over the line. Not anymore. Now before I get rolling, the phone is in the sleeper, snacks are out of the cooler, and Rush is on the radio . As a result, it’s a much more relaxing drive, and I can focus on what’s important. You know, like my wife’s sense of humor, which is a sign language all its own!

You can reach Roger Clark on Twitter or at ALikelyStoryBlog.com

WARREN, OH…. Time is money in the transportation industry and Jaro Transportation of Warren, Ohio has been saving both...