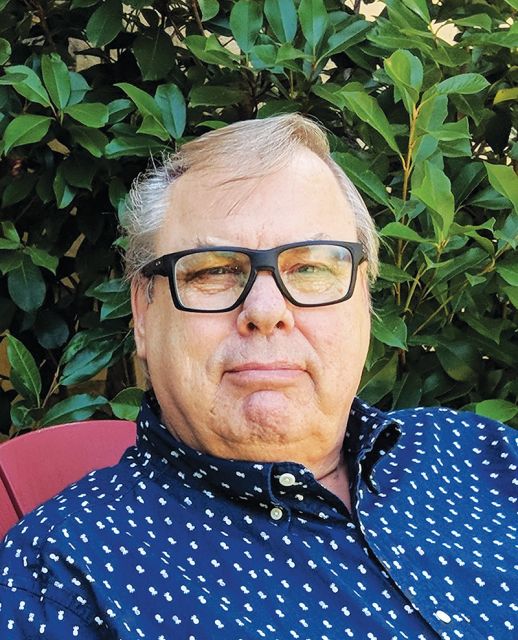 Recently I flew for business to Bozeman, Montana, and forgot how much turbulence there could be, even before taking off. Checking in at the ticket counter in Wichita, they asked for everything, Driver’s license, credit card, confirmation number, and seating preference. I asked to be seated inside the airplane, please, and the only response was to roll their eyes.

Boarding Pass in hand, I picked up the phone and headed for the concourse. But I didn’t get far. The phone wouldn’t fit in my belt holster because, well, there was already a phone there. Despite the odds, it seems, I was suddenly in possession of two identical iPhones. So, in the immortal words of that famous big yellow PBS TV philosopher, “One of these things doesn’t belong here!” Apparently, a previous customer had left it on the counter, but the agents couldn’t track him down, and he was oblivious to his loss.

As I entered the TSA checkpoint, scanning the crowd for someone in a panic, I ended up right behind a ranching family. As the dad dude emptied his pockets, a huge Buck knife tumbled into the property bin. I don’t know who was more shocked, me or the TSA officer looming over the conveyer belt. One thing was certain: that Buck knife wouldn’t be traveling another inch towards their destination.

The TSA officer was very diplomatic, giving the rancher dude a choice. Return the knife to family car or surrender it to the graveyard of confiscated possessions. With a pained expression, but spirit of cooperation, the rancher gave up his knife, allowing the line of passengers to once again get moving.

My outbound flight was aboard an Embraer 135, described in the brochures as spacious, well-appointed, and first-in-class. It was readily apparent I’m not the only one to exaggerate things. It was dark, cramped, extremely uncomfortable, and equipped with a single row of tiny overhead luggage compartments. Anything larger than my wife’s Sunday School purse was not going to fit, but it was fun watching passengers trying to cram 30-pound bags into 10-pound cabinets. That is, until it was making us late for our Denver connections.

Sure enough, arriving at the Mile-High airport five minutes after a one-hour layover, I was allowed to watch my next flight back away from the gate. Even with the assistance of people movers, text messages, and sympathetic gate agents, thousands of passengers have to run through the crowds, in a place like DIA, but not me. I’m still pretty good looking, according to reports in the field, but me running would set off the Richter Scale. So as a result, I had five hours to keep up appearances.

My second flight of the day included a complimentary upgrade, described as Economy Plus, and I was granted an extra four inches to stretch my legs. A Boeing 737, loaded with 200 passengers still catching their breath, it had three-wide seating each side of the aisle. Originally designed to carry 150 passengers, Boeing did not enlarge the plane. What they did, of course, was to shrink the seats, making anyone but shareholders feel really uncomfortable.

Cruising 32,000 feet over the Rockies under a crystal blue sky, the lady next to me was gazing out the window at the ground. “See anyone you know?” I asked, thinking she’d be amused. She wasn’t. Then I thought she’d get angry. She didn’t. What she did, however, was ask me if it really was necessary to fly inside the airplane.