And To All A Good Night… 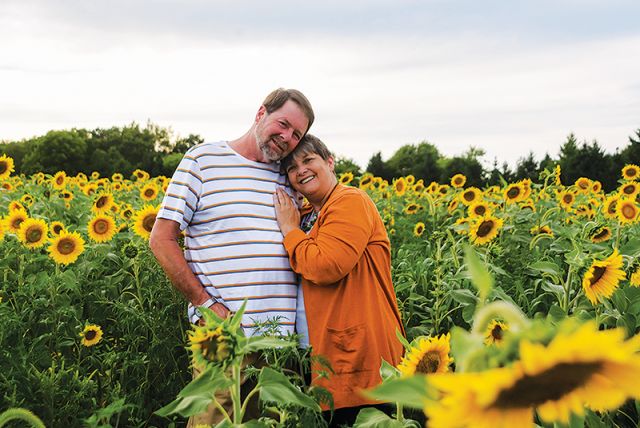 My spouse and I will be celebrating 38 years of marriage in a couple of weeks.  I guess you could say that our courtship was a little whirlwind – he asked me out on a date on May 18, 1982 and we were married on December 10, 1982.

A lot has changed over the years – mainly our weight!  I didn’t even weigh one hundred pounds back then and I had hair that went down to the middle of my back.  He was all lean and mean – and sported some shaggy hair.  He was kind of a bad boy, drinking beer and going to rock concerts and speaking his mind. And me?  Well, I was the girl who lived across the road from the Church that my great-grandfather built and next door to the preacher.  I went to Church every Sunday, never swore and usually was sitting in a corner, reading a book and not being confrontational.  Like I said – lots of things sure have changed in the past 38 years.

I had a waterbed back in the 80s – not only was it groovy, but it was extremely comfortable as well.  I bought the queen size mattress with the 3 second wave motion – meaning that the movement stopped 3 seconds after lying down on it.  I’ve always said that Steve married me for my waterbed.  I moved the bed down to his house (which is still our house 38 years later) a couple of days before our wedding.  I flat out refused to live with him without the benefit of marriage, so we never spent the night together.  Looking back, maybe we should have… Our first fight occurred just a few hours after the wedding, when we both insisted on sleeping on the right side.  He won that fight and has claimed that right side of the bed ever since.  Am I bitter?  Darn tootin’ right, I am.  I make up for it, however, by kicking him in the shins whenever he snores.  He snores a lot…. When he wakes up, startled and rubs his shin, I feign sleep. Don’t feel sad for the lad, he extacts his revenge by pulling the sheets and comforter off of the bed every night.  He wraps himself in the covers and resembles a mummy.

The waterbed gave out over 20 years ago.  We actually had to replace the mattress a couple of times due to leaking.  He finally put his foot down and decreed that there would be no more waterbeds in the house.  Which has led to several more fights over the year.  (And yes, we fight – a lot.  We’re both obstinate, bull-headed and want to be in charge.  We also work together.)   Over the years we have had major squabbles over the bed mattresses.  I like a soft, plush mattress, he prefers one that makes you think that you are camping in a tent – on top of rocks.  We’ve purchased many mattresses over the years – alternating who gets to pick the firmness.  I won the last time and he has complained every.single.night for the past 7 years.

We’re not spring chickens anymore – and I will admit that the bed has not been very comfy for me, either.  We both have arthritis now and finally, in September I convinced him that it was time to toss our current box spring and mattress and purchase a Sleep Number bed. My dear husband almost had a coronary in the store when he learned the price.  I, of course, immediately gravitated to the most expensive option in the store.  We had to get a queen bed due to the size of our bedroom, therefore we could not get the split option of controls on each side to adjust the head and foot of the mattress. After strong negotiations on the part of both of us, we compromised and met in the middle.  Our new bed arrived three weeks ago.  Using the Sleep IQ, I adjusted his side to 50 and mine to 25 (the readings that we both liked in the store.). I felt mine was too hard, still so I adjusted it down to 20.  I was miserable that first night and he confided that maybe his needed to be firmer.  I jacked his up to 65 and mine to 50.

And so, a new game has entered our daily lives – adjustments go up, adjustments go down.  I like the head and foot elevated more than he does.  He complains, I lower everything and then elevate it back when he goes to sleep.  I then lower it back down before he wakes up.  I’ll deny everything if he reads this.

Our Sleep IQ keeps track of how long we are in bed each time we lie down. It lets me know how many times we exit the bed at night – apparently, we need better bladders…. It tells me how fast we fall asleep – he can fall asleep within 2 minutes of hitting the sack.  I am a tosser and turner – I have been informed that sometimes it takes me 2 hours to fall asleep – but the dumb bed is not realizing that I am actually sitting in there, reading.  Sometimes it says that I have exited the bed more than 8 times in a night – and I know for a fact that it’s only been 1 time.  I’ve been perplexed until I realized that I will snuggle on his side of the bed – and the bed is tricked into thinking that I’ve left.  When I go to the right side of the bed – THE SIDE OF THE BED THAT SHOULD RIGHTFULLY BE MINE – my restless sleep pattern now becomes his and his Sleep IQ score is lowered significantly.  Payback is a well, you know…

I still miss that groovy waterbed, but I have to admit that cuddling with this dude for the past 38 years has been pretty far-out and awesome.  Happy Anniversary Babe – you’ve got me Babe… thanks for putting up with me for all of these years.  And I still want that right side of the bed.